At each edition of the Granfondo, we aim to leave space for aspects that, despite not been related to the sports activity, are anyhow an integral part of our society and territory to which we are deeply attached. Art and sport cycle together for one day, different but complementary aspects of the same history, ours.

The collaboration between Granfondo and Fondazione Creberg also continues in 2023, concerning exhibitions and cultural activities under the coordination of Angelo Piazzoli, General Secretary of Fondazione Credito Bergamasco. 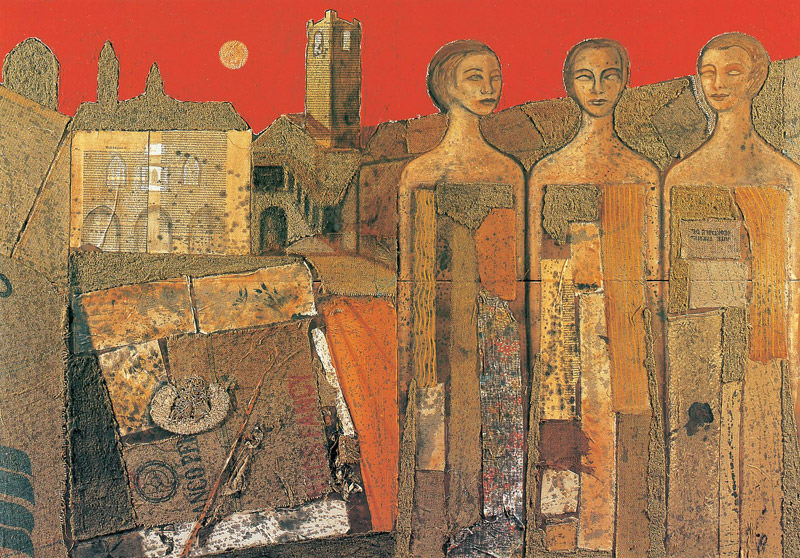 He studied at the University of Sciences and afterwards he attended the Faculty of Architecture at the Polytechnic University of Milan.

His works have been exhibited in Italy and worldwide. Winner of international awards in 1992, 1995 and 1998. 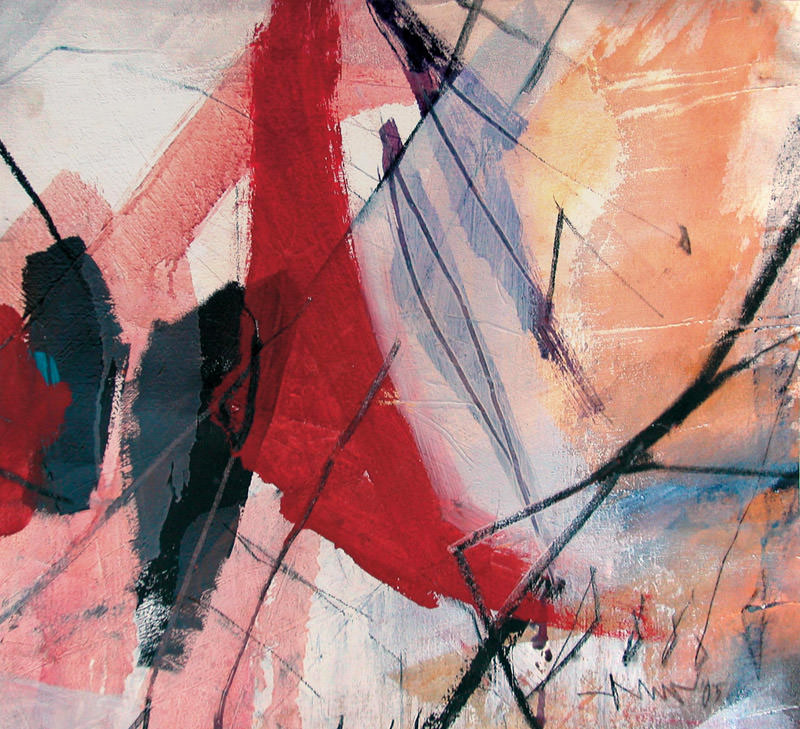 Artistic baccalaureate, she attends School of Fine Arts in Athens. Diploma of Academy of Fine Arts of Brera, Milan.

He attended courses for artistic engraving at Kaus, Urbino, 2004. 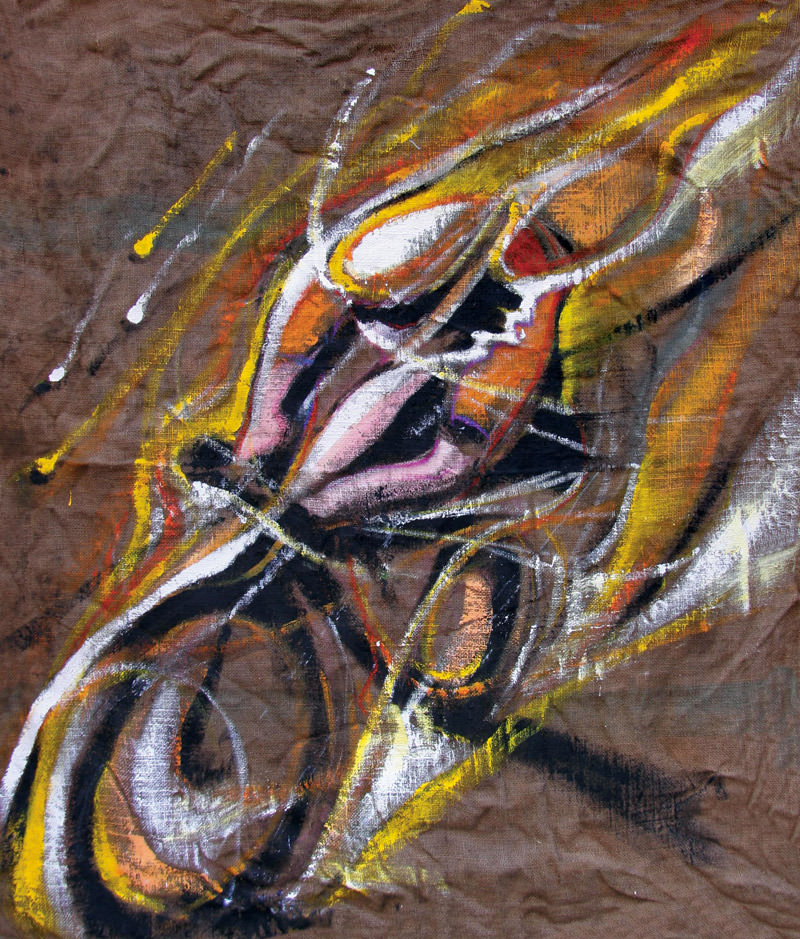 At just fourteen years of age, he registered at Accademia delle Belle Arti G. Carrara. He stayed a period in Florence where he attended Accademia di San Marco.

He collaborated with the Piccolo Teatro in Milan, designing the first logo for “Saranno Famosi”.

After various experiences in Mexico and Canada, he returned to Italy where he has exhibited his works in various collective exhibitions together with Longaretti, Baggi, Peroni and other artists. 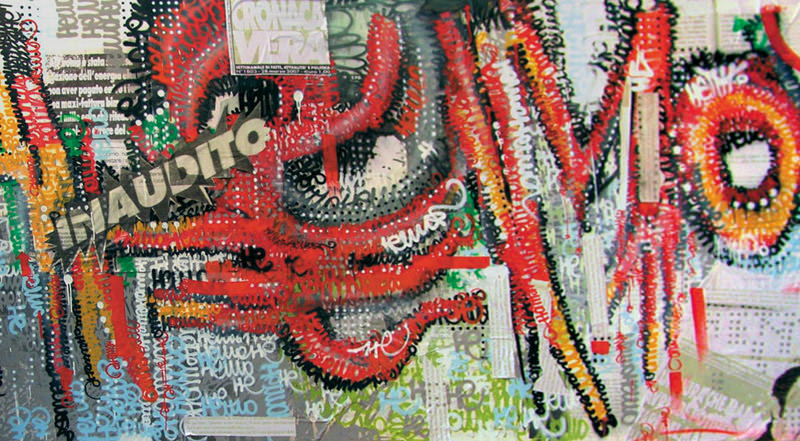 Born in Bergamo in 1980, where he lives and works. He began his artistic experience at the age of 16, by getting better acquainted with the artists who were fond of painting the walls of the city of Bergamo, trying to grasp their rules and secrets.

In time, he was able to stand out from other writers, creating a unique style that revolves around his signature (in jargon, tag). In order to offer his collaboration in upgrading public works, he took part in important international meetings held in Italy and abroad, in Munich (2007) and Istanbul (2008), for example. 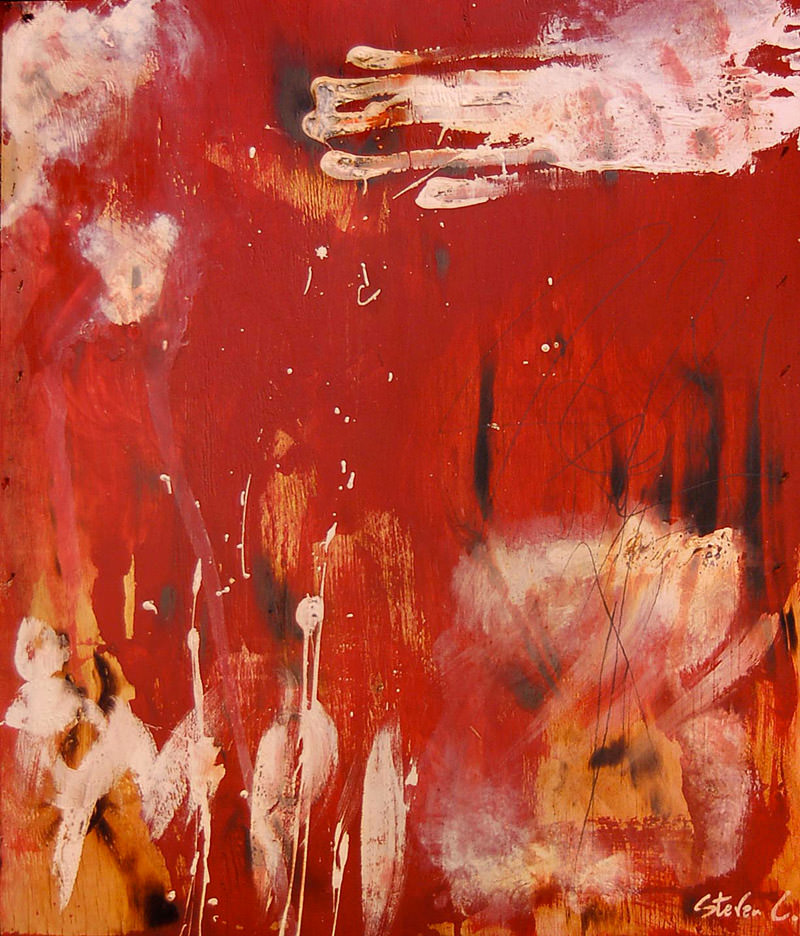 Born in 1974, he worked as graphic designer for a few years. At the age of 25, he opened a true and proper atelier in Gazzaniga (Bergamo), in order to make a name for himself and further promote his art. A truly unique art. Starting from simple objects, he dismantles and transforms them with the aid of colour and other recycled materials (plastic, jute, twine, cord, marble dust, etc.).

A first impression of chaos turns into a new formal and spatial balance when carefully observed. Thus the work acquires a different sense, it is a unique medium to represent individuals and the world surrounding them.

Steven Cavagna has the ability to favour dialogue and communication through the art of the entrepreneurial sphere, as witnessed by his decors in stores, hotels and the recent exhibition held at FaSE (Fabbrica Seriana Energia) in Alzano Lombardo (Bergamo). 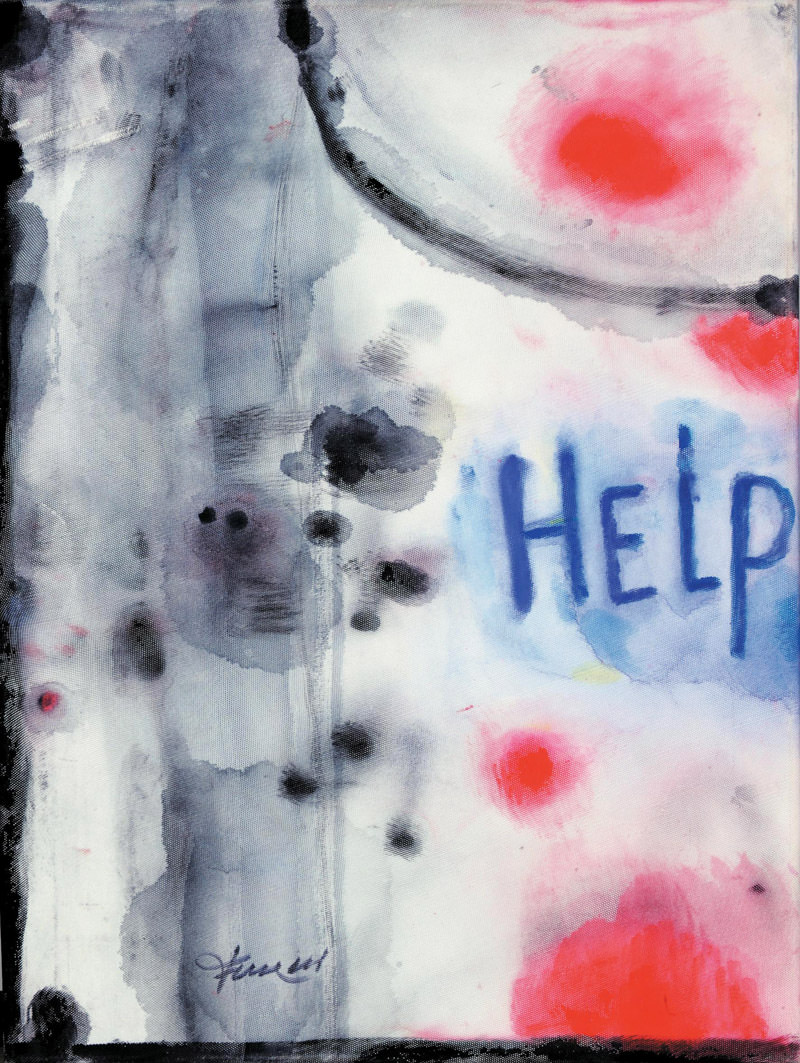 Born on 18th December 1952 in Chiuduno (Bergamo), the town where he is currently living and working, he obtained a high school diploma in arts.

In 1977, he graduated in painting at Accademia di Brera, presenting a thesis on the work of Mario Schifano.

Over the years, he held approximately thirty personal exhibitions in Italy and Switzerland and has taken part in about forty collective exhibitions. 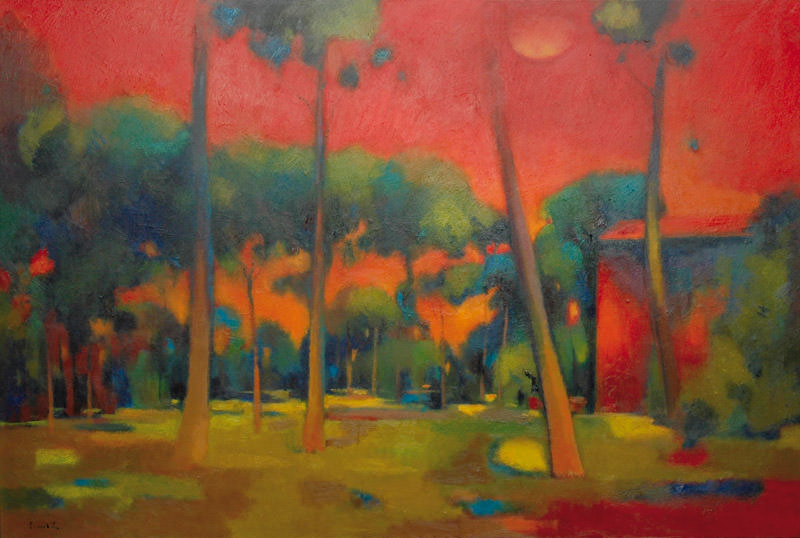 Born in 1949, Cremaschi studied in Bergamo and also Salzburg, at Accademia Carrara and the Austrian Academy, under the guidance of renowned artists such as Longaretti and De Luigi.

From a young age, he stood out for having set up numerous exhibitions locally (Chiavenna, Bergamo, Venice, Milan) and across the border, in Monaco (2002), in Solothurn, Switzerland (2007) and Germany, at Galerie Venezia in Pirmasens (2008). 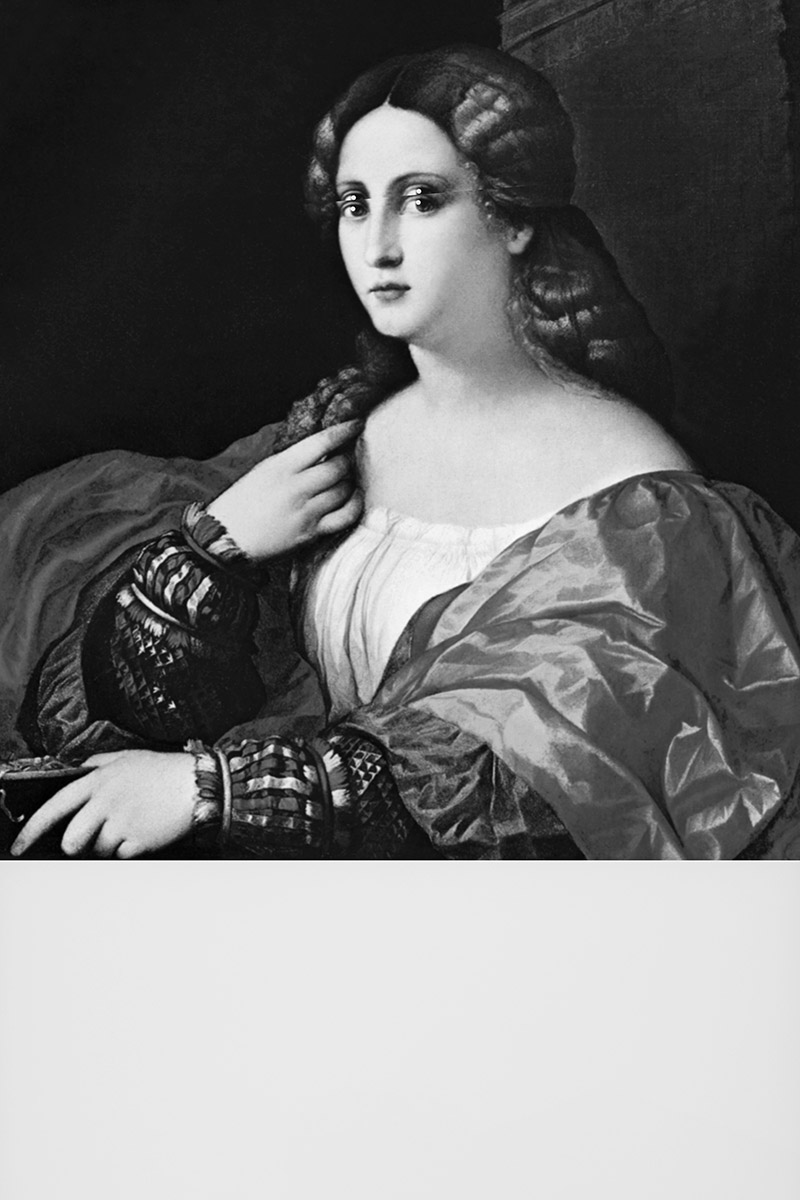 Born in 1948 and raised in a conceptual sphere, Mariella Bettineschi tested the potential relations with reality through different methods and materials, implementing a multi-disciplinary approach: painting, sculpture, architecture, installation, photography, digital images. Her extensive artistic experience began in the academic world, first at Accademia Carrara in Bergamo, then Brera.

She took part in the 43rd Venice Biennale where she met Achille Bonito Oliva who has organised two monographs of her work. Acquaintance with international artists led her to Berlin and afterwards, to many cities in the United States.

The list of her exhibitions is extremely long, the latest were held in the second half of 2014 in London and Lugano. 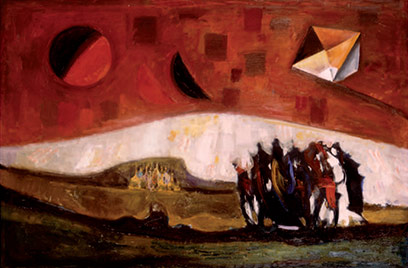 Born in Treviglio in 1916, Trento Longaretti studied at the Accademia di Brera, she is a student of Aldo Carpi and in 1936 began his career with numerous solo exhibition in Milan, Genoa and Bergamo.

It is at the front in Slovenia, Sicily and Albania: the war experience with the firm rejection of violence that results, are themes that will mark from then on his artistic career. 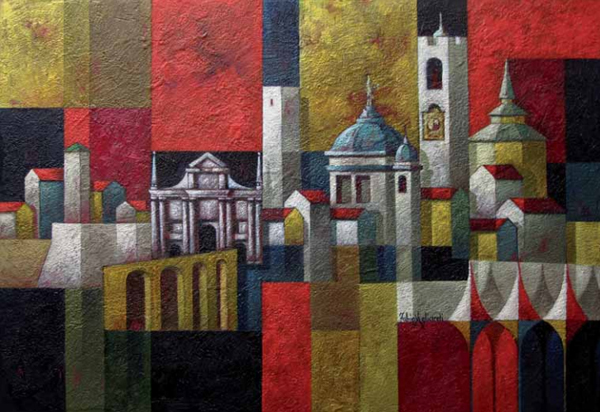 Born in Pontirolo Nuovo, in the province of Bergamo, on November 12, 1952, he was formed at the “Andrea Fantoni School of Art” in Bergamo. He lived in Azzano San Paolo between 1975 and 1995, and he has met and attended artists such as Negroni, Oliva, Merisio, Capitanio and above all Cecco Previtali, which is fundamental to his artistic growth. Since 2006 he lives in his “home and studio” Brusaporto (Bergamo).

Agliardi has participated in various painting competitions, obtaining awards and flattering awards. Numerous are also personal and collective exhibitions, also organized beyond the provincial and regional territory; some of his works have become part of the collection owned by the Fondazione Credito Bergamasco, kept at the Museum of Art and Sacred Culture of Romano di Lombardia (Bergamo) and with various public bodies. 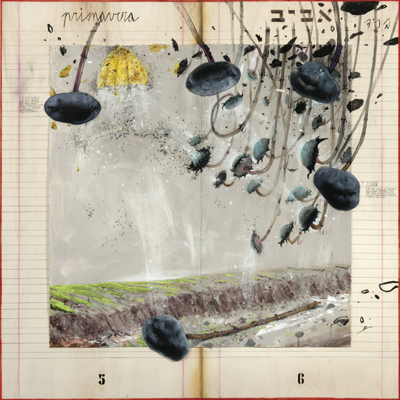 Born in Serina on April 17, 1965, he trained at the Liceo Artistico Statale of Bergamo and at the NABA (New Academy of Fine Arts) in Milan, where Gianni Colombo introduced him into the world of avant-gardes.

At the end of his studies, Bonaldi was appointed assistant to Gianni Colombo at the Academy in the course of “Structuring the Space”, later a professor of painting disciplines at the Liceo Artistico Statale of Treviglio and then of Bergamo.

The friendship with the poet Alda Merini gave the LA to the project “Curva di fuga”, an artist’s book published in 1997, including unpublished writings by the poet and Bonaldi’s most significant engravings.

In recent years Bonaldi has approached Jewish culture, which he assimilated, and deepened his studies on the artist his fellow countryman Jacopo Negretti called Palma il Vecchio. 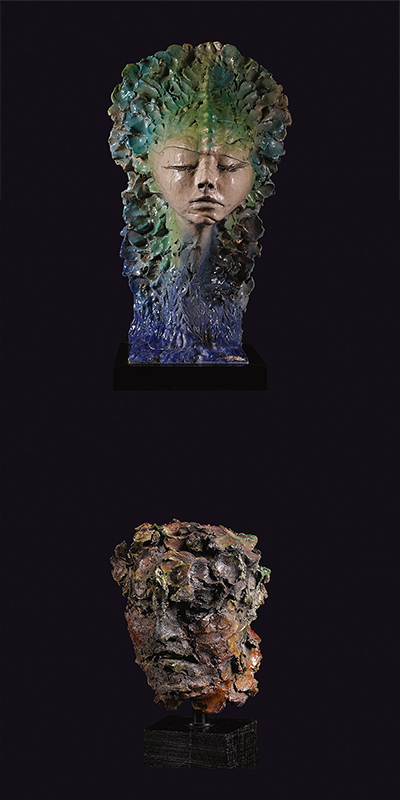 Carlo Previtali was born in Bergamo in 1947. After attending Liceo Artistico (Art School) he enrolled in the Brera Academy of Fine Arts in Milan, taking a diploma in 1975 at Alik Cavaliere’s school of sculpture.

In 1981 he graduated in Architecture at the Milan Polytechnic. His works are present in numerous museum spaces including the Fondazione Museo Interreligioso of Bertinoro (Fc), the museum of the Stauros Foundation of San Gabriele – Isola del Gran Sasso (Te), the Contemporary Art Collection of the Ravello Cathedral Museums, the Diocesan Museum of Mantua, the Civic Art Collection of Palazzo Vittone di Pinerolo, Museum of Sacred Art and Culture of Romano di Lombardia, Museo CivicoG. Bellini Sarnico, Auditorium of the Vittoriale degli Italiani. 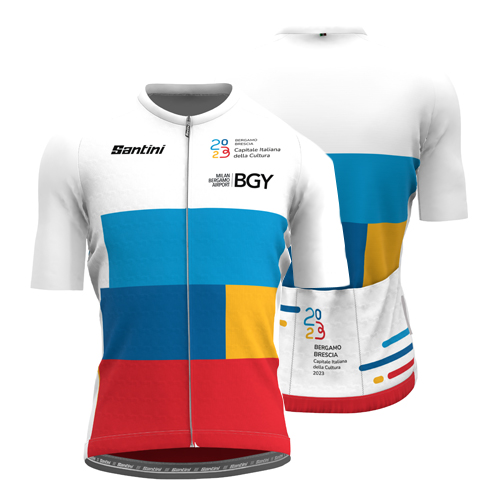 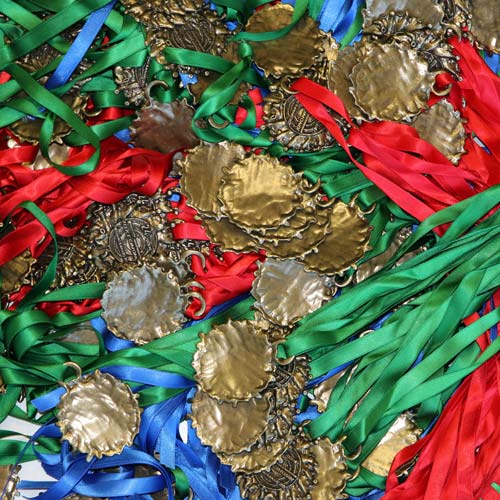